During a discussion with a well-known colleague about the state of the art in finance and economics, he observed that we were in a state similar to that of physics during the lifetime of Kepler. Johannes Kepler (1571-1630) had realized that planetary orbits were ellipses and had succeeded in describing orbital dynamics by observing that planets sweep equal areas in equal times. Lacking any coherent theory, however, he hypothesized that planetary motion was caused by some motive power from the Sun, which also explained why planets more distant from it orbited more slowly. They were more distant; hence, the Sun exercised less influence. 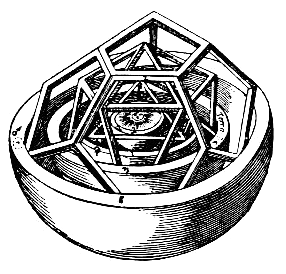 Kepler’s accomplishments extended to mathematics. His work on the use of infinitesimals presaged the infinitesimal calculus, developed independently by Isaac Newton (1642-1727) and Gottfried Wilhelm Leibnitz (1646-1716). It was not until Newton’s theory of gravitation together with the mathematics of calculus, that a fuller understanding of Kepler’s equal area in equal time law of planetary motion could be realized.

Kepler, however, was intensely concerned with the theological consistency of his theories. His publications include a careful reconciliation of a heliocentric universe with Scripture. He was also a practitioner of astrology.

It is easy from our perspective, to criticize these attitudes. Kepler, however, was a genius. He succeeded in describing and predicting planetary motion more accurately and more simply than anyone had previously. He believed in an ordered universe accessible to human understanding and was committed to the principle that theory must be validated by observation.

One may argue that this is always so. Newton was superseded by Albert Einstein (1879-1955), and Einstein’s theory of relativity has yet to be reconciled with quantum mechanics.But the context here is the effectiveness of theory against the set of tasks that we have set for it. Newtonian mechanics is quite good enough for NASA to send planetary probes throughout the solar system. A comparable level of success has yet to be achieved in economics and finance.

What does all of this have to do with economics and finance? This blog is written from the perspective that these disciplines are in a Keplerian (or, if you prefer, a pre-Newtonian) state. We are committed to the scientific method. We have developed some crude theories that appear reasonable and that have been somewhat validated by actual observation or experimentation.

Unfortunately, we have difficulty knowing exactly what and how to abstract from the complexity of reality to build models which offer us viable predictions. We are constantly blindsided by the deficiencies in our understanding and methodology. These failings are not the Eureka! moments of discovery when an unexpected outcome leads to a new insight, but the fumbling missteps that come from having a not quite clear vision of what’s going on.

We lack an equivalent theory of gravitation to enlighten us. Econo-physics, despite some interesting correspondences, is often just a reformatting of existing results. The foundational homo economicus is not quite right, but not quite wrong either. Behavioral economics and finance seem to describe individual decision making with greater fidelity but materially better predictions of economic and financial events have not been forthcoming. And the mathematical tools we possess are not up to the task. Perhaps developments such as agent-based simulations and cellular automata offer hope, but they are still infants awaiting further development.

This, then, is the blog of a skeptic. Not the arrogant skeptic confident in his criticism of astrology or numerology. It is the blog of the humble skeptic who is all too aware of his dim witted wanderings at the edges of enlightenment.

All Correlations Tend to One… »

17 thoughts on “What is Keplerian Finance?”